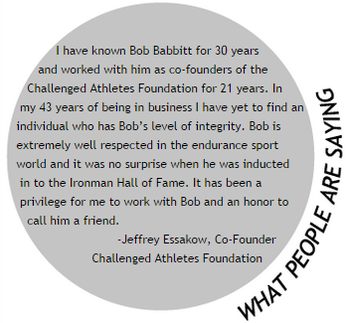 Learn more about how Bob has used the power to inspire, inform, and ignite to create and market brands.

Bob Babbitt co-founded Competitor Magazine back in 1987. He created Competitor Radio in 1990, the Competitor Awards Gala in 1992, co-founded the Challenged Athletes Foundation in 1993, and the Muddy Buddy Ride and Run Series in 1999. For the past three decades he has worked diligently to create unique and successful properties, and to grow the world of endurance sports. Along the way he also created opportunities, excitement, and exposure for national brands, athletes and events. BMG is his latest creation, but the goal is the same as it has been from the very beginning: Grow the world of endurance and create value for his partners. 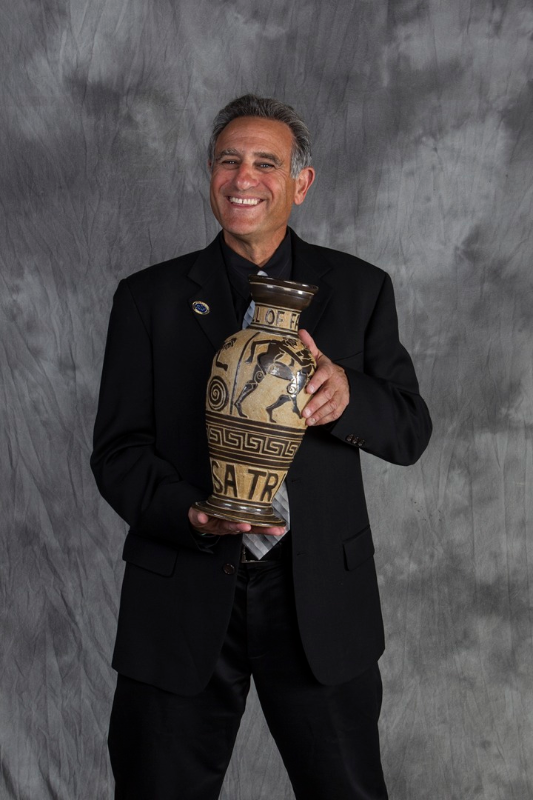 Bob Babbitt started racing triathlons way back when the earth was still cooling, in the late 1970's. He did his first Ironman Triathlon in 1980 on the island of Oahu and ended up completing five more when the event moved to the Big Island. Despite being incredibly slow at swimming, cycling and running, he has somehow found his way into into both the Ironman Hall of Fame and the USA Triathlon Hall of Fame. He also co-founded Competitor Magazine and the Challenged Athletes Foundation, plus he created Competitor Radio and the Muddy Buddy Ride and Run Series. When people ask about his best finish in the Ironman World Championship, he is quick to tell them that back in 1980 he finished in the top 60. Hey, who needs to know that there were only 108 people in the race? 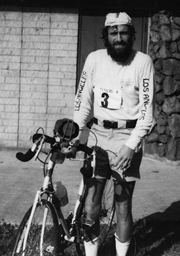